Introduction
A few days ago, on February 28, 2020 at 09:30:34 UT, a bright daylight fireball was seen from central-northern Italy and from the Balkans. In a previous announcement we provided a temporary ground trajectory, based only on the visual eyewitness reports that we received through the IMO (International Meteor Organization). Last weekend we measured photos and videos taken by occasional witnesses or surveillance cameras; and today, NASA's Center for NEO Studies published the satellite data of the explosion in the atmosphere. At this stage, we can offer a reconstruction of what happened on the morning of February 28, 2020.

The heliocentric orbit
The daylight fireball was generated by a small asteroid with a diameter of about 1.5 meters, which crossed the atmosphere at a speed of about 21.5 km/s. The heliocentric orbit (Fig. 1), shows that the asteroid came from the inner edge of the Main Asteroid Belt, and could not be discovered with ground-based telescopes before the impact, because it was visible only in the daytime sky. It was a Chelyabinsk-like event, albeit - fortunately - on a much smaller scale.

The atmospheric trajectory
Satellite data show that the asteroid followed an atmospheric trajectory inclined at an angle of about 47.3° with respect to the horizontal plane, with an azimuth of about 155°. This means that the fireball traveled from the southeast to the northwest and entered rapidly into the denser layers of the atmosphere. The small asteroid could not withstand the pressure and intense heat that developed during the fall, and exploded at 34.5 km above sea level (Lat. 45.7° N, Long. 15.1° E from CNEOS data). The point of the main explosion projects vertically to a spot about 75 km west of the city of Zagreb, in Croatia. After the main explosion, the major fragments continued their fall towards the ground, as documented by the beautiful video taken from Zagreb by Tomislav Čar. The energy released in the explosion (about 0.34 kt) was approximately 1/50 with respect to the atomic bomb at Hiroshima. A minor event, but powerful enough to be detected by US satellites.

The strewn field
Taking into account the state of the atmosphere and the speed of the winds during the event, we estimated the possible place of impact of the major fragments of the asteroid which, most likely, survived the explosion. These coordinates are: Lat. 45.89° N, Long. 14.97° E, near the town of Trebnje, i.e. in a mountainous but fairly populated region, located 40 km south-east of Ljubljana, Slovenia. This is the best area for finding any meteorites.

Warning: given the uncertainties involved, the area in which the fragments may have fallen (strewn field) is very large: it is a square of at least 10 km × 10 km, centered on the nominal coordinates shown above. However, any point between the place of the explosion and the theoretical coordinates of the strewn field (and even beyond) are suitable for meteorite searching. Fortunately, the potential fragments of the asteroid did not fall at sea: with a little luck, we can hope to find some interesting samples of the asteroid, witnessing what the Solar System was like billions of years ago.

Acknowledgments
The whole PRISMA team thanks the NASA Center for NEO Studies for its collaboration. 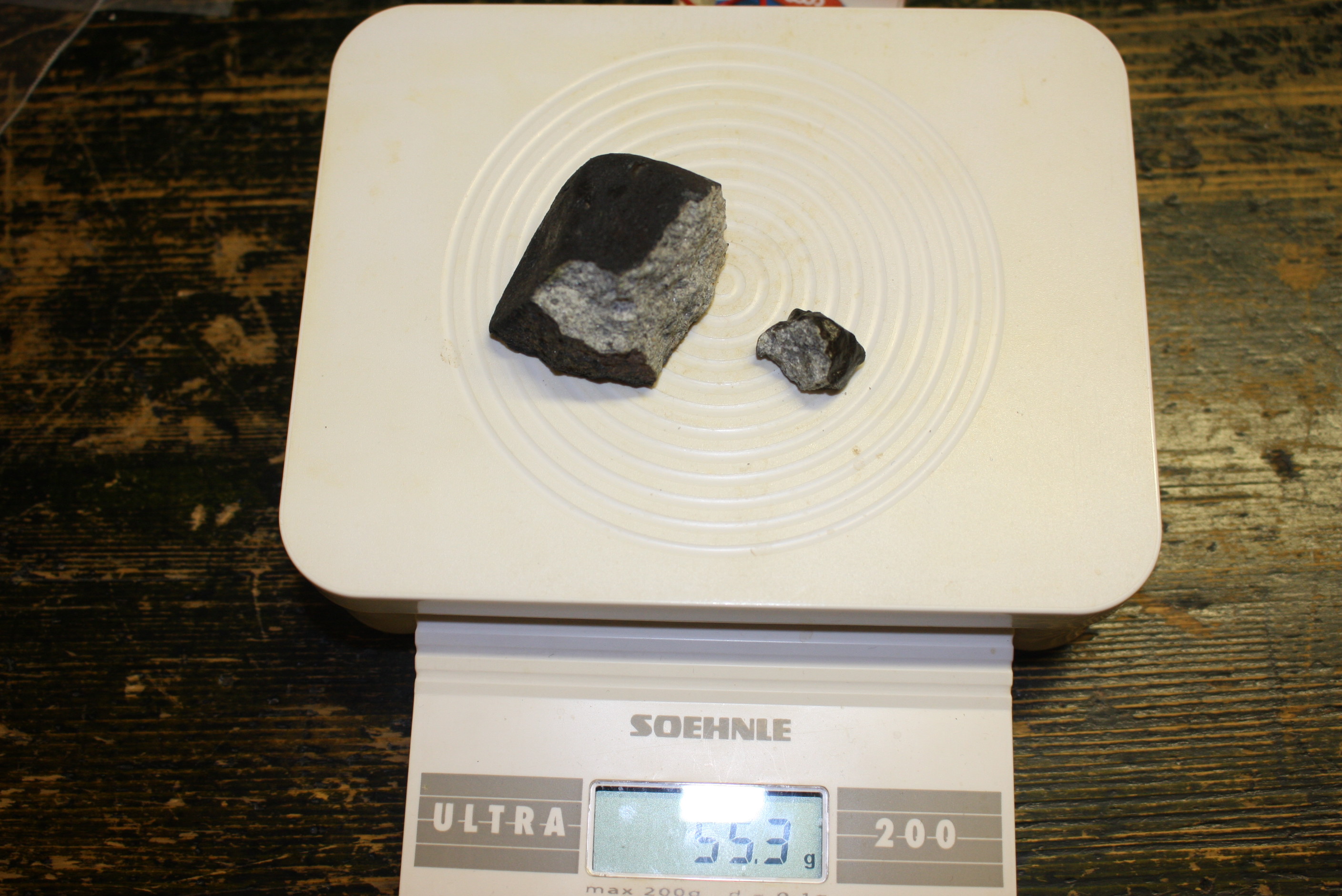